It's A Folgers Kind of Morning

Why did you wake up this morning? - Editorial

As a kid, did you always wake up early on Christmas morning? No matter how late you stayed up on Christmas Eve? For my married folks, did you wake up before the alarm on your wedding day? So why is it that we can not wake up with a purpose on any other ordinary day? I know that's a lot of questions I'm asking, but I'm hoping that by asking all of these questions, you would of experienced what I experienced. An epiphany that it was super easy to not hit the snooze button and maybe, oftentimes waking up before the alarm clock when we were excited about the next day.

Everyday from this point on, we can wake up like it's Christmas morning if we purposely set our intentions on the next day, the night before. What if we purposely choose one thing for us to be excited about for the next day? It can be a small thing or a big thing. You decide. For example, lets say that tonight before I go to bed, I get excited about meditating and finding my center tomorrow? Or before I go to bed tonight, I get excited about something as small as just brushing my teeth? From my personal experience, I find this theory to be factual. I've found a way to wake up every day as though it was Christmas. Are you curious to find out how I was able to make that happen? Keep reading and you'll find out.

Photo by Danny Lines on Unsplash

In the book Atomic Habits, if the title didn't give it away, focuses on habits; how to create a habit and keep habits. Learning how to be and stay consistent with the habits can help you in making every morning like Christmas. I've had PLENTY of eye opening moments reading this book. I won't get into all of those moments here, but specifically for what we are trying to accomplish here, the book talked about "not breaking the streak". It's already difficult enough to stick to a habit, but instead, just focus on the streak of your habit and not wanting to break the habit. This helps with creating your intention. Intentionality is what will carry you through. Set your intentions to be intentional. By doing that, it will help you to keep the streak. One thing that I have to continue to remind myself of is giving myself some grace. What I mean by that is not to be too hard on myself if I break the streak. I have to keep in mind that life happens and things can and will stop me from time to time. When that happens, I should not beat myself up for missing a day. If I miss a day, I miss a day. I make sure that I do not miss no more than 2 days however. This is meant to be a stretch goal, meaning that I will forever continue to work on this goal. Its not a one shot and done deal. Continue to keep pushing. The main idea here is in sticking to a habit, but giving yourself room to mess up if you do mess up.

One thing that I have to continue to remind myself of is giving myself some grace. What I mean by that is not to be too hard on myself if I break the streak.

Another thing that helped me from that book is affirmations. I'm not going to lie, I didn't really believe in the act of affirmations. I understood the benefits, but to be honest with you, it was my ego that made me not believe in the practice of affirmations. I believed in the benefits and everything, but my ego refused to allow me to repeat affirmations. It didn't take long for me to get over my ego. The things that helped me to get over my ego, I can contribute it to my time of playing sports. I had a football coach say once, "get comfortable with being uncomfortable. If you feel stupid doing it, you're doing it right." So because I felt stupid doing it, I kept doing it. The more and more I repeated my affirmations, the more and more I was believing in what I was saying. Again from my career in sports, visualization has helped me in all facets of my life. Visualizing what my position entails and numerous of scenarios that might come up in a game and my reaction to those situations helped me to be a better football player. Because I mentally rehearsed the perfect scenarios and the worst scenarios, it made my body, my muscles, and my timing react in any situation. The more I forced myself to get over my ego, the more I realized that by me repeating my affirmations, it was just another way of visualization. Once I adopted that mindset, it made it easier for me to get over my ego. I've also realized that affirmations are similar to prayer. I'm only telling my God, the universe, the Most High, exactly what I want for myself and my future. I'm letting it be known what my intentions are to the universe. That's when I really started questioning why I had an issue speaking out my affirmations. Because let's face it, why wouldn't I want it to be known what my genuine intentions are to my maker?

So far from the Atomic Habits book, we've been able to lay out the foundation to make every morning like Christmas. Those things are Habits and Affirmations. Once we get those two things down, we can really start digging in to some major key points. As I was reading Miracle Mornings, the question that inspired this piece of writing, which was also in the book, why did you wake up this morning?

As a Detroiter, and a good way for me to shout that out, there's a scene in the movie 8 Mile where Eminem was in the car and turned to his friend and said, "You ever felt like you gotta stop livin' up here and start livin down here?" Maybe at some point in your life, you had the thought like, this can't be life. There has to be more to life than this. Essentially, that is what Eminem meant when he said that line. There's a way for you to get the life that is meant for you. I've realized that its not going to just fall in your lap. God gave you life, but its up to you to make your life into what you want it to be. Hence the reason why we want to wake up every morning like it's xmas. Just like when I played football, if we visualize exactly what we want life to look like and put action behind it, shouldn't that be a good reason to wake up? How about this, would this be a good reason to make it your life's purpose? It turns out this is a really introspective question that I started off asking you in the beginning. It's okay if you still haven't found the answer to this question, but if you have been able to find an answer to this question, then great. Either way, I think it's something that we take for granted and that we need to start appreciating it before it's too late. So for one final suggestion, before you go to bed and when you have to wake up in the morning, I want you to think about the original question, "Why did I wake up this morning?" I hope that this serves as a call-to-action for you to start chasing after the life that you want.

Just remember, in everything that you do, chase after it with VIOLENT, VIOLENT ACTION.

Remember, in everything that you do, chase after it with VIOLENT, VIOLENT ACTION.

Interested in being a guest on the show? Send an email to [email protected] with "Guest" as the subject.

Interested in having the Chancellor speak at an event? Send an email to [email protected] with "Speaker" as the subject. 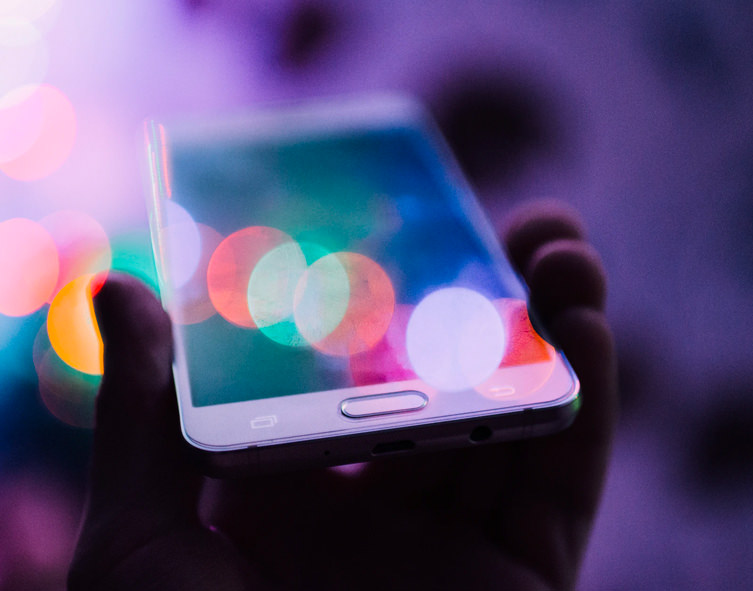 Stay ahead of the class by subscribing to The School of Hard Knocks.

Stay ahead of the class by subscribing to The School of Hard Knocks.